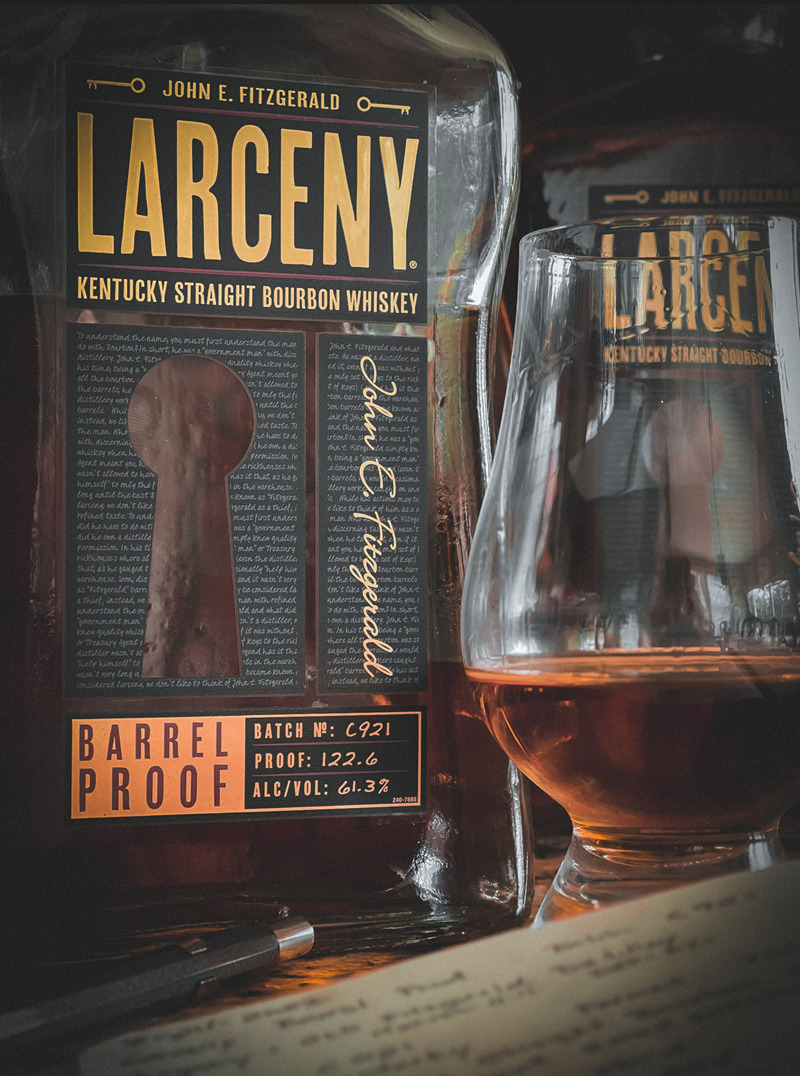 Honoring the tradition of Old Fitzgerald by using wheat in place of rye as the secondary grain in the mashbill, Larceny uses more wheat (20%) than most of its competitors to provide a softer, rounder tasting experience.

Larceny would also take inspiration from the lore of John E. Fitzgerald, a bonded U.S. Treasury agent, who at the time was the only one who was legally allowed to carry one of the two keys to the barrel rickhouse. Mr. Fitzgerald had a discerning palate for fine Bourbon and would use his key to gain access to the rickhouse and thieve bourbon straight from the best barrels. Those lighter barrels from which he chose to help himself to were often referred to as “Fitzgerald barrels” around the distillery. Or as the story goes…

In 2019 Heaven Hill Distillery would go on to release a barrel proof offering of Larceny that allowed consumers to experience Larceny as distillers do, straight from the barrel. The addition of being non-chill filtered and barrel proof highlights a bolder, deeper and richer character that gives us all the opportunity to taste a wheated bourbon in its purest form.

Released in three distinct batches per year: January, May, and September. Each batch varies in proof, and they all age six to eight years before being non-chill filtered and entering the bottle at barrel proof. No two bourbon barrels age exactly the same which is why every release of Larceny Barrel Proof has its own distinct flavor and proof point.

To unlock the details of a bottle of Larceny, let’s review the batch number on the label of our bottle. Today, we will be tasting the C921 release, but you can also use the information below to help decode your own bottle of Larceny Barrel Proof.

FIRST LETTER: Tells you which release it came from, starting with “A” for the first of the year, “B” for the second release, “C” for the third release.

FIRST NUMBER: Tells you what month it was released: January, May or September.

LAST TWO NUMBERS: Tells you what year it was released.


Additionally, I have included a current list of releases so you can see how the proof points vary from each batch.

Let’s have a look at what’s in the bottle and have a taste! 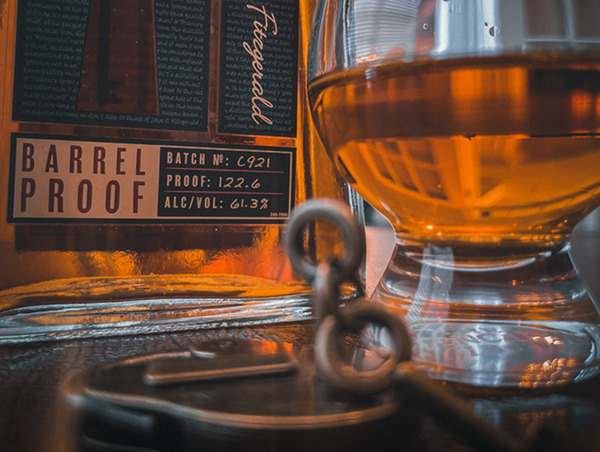 Finish: Oak, tobacco, and leather into a lingering spice.

This is an absolutely fantastic wheated bourbon! Lots of rich characteristics and an oily mouthfeel make for a very pleasant sipping experience.

Like most things in the past few years the suggested retail price has increased from $49.99 to $59.99 for the 2022 releases. However, even though the price has increased, and bottles can be hard to come by, I feel that the Larceny Barrel Proof series are an overall great value, and I would definitely purchase again.

We recommend you steal a taste just like our friend Mr. Fitzgerald! Happy hunting & cheers! 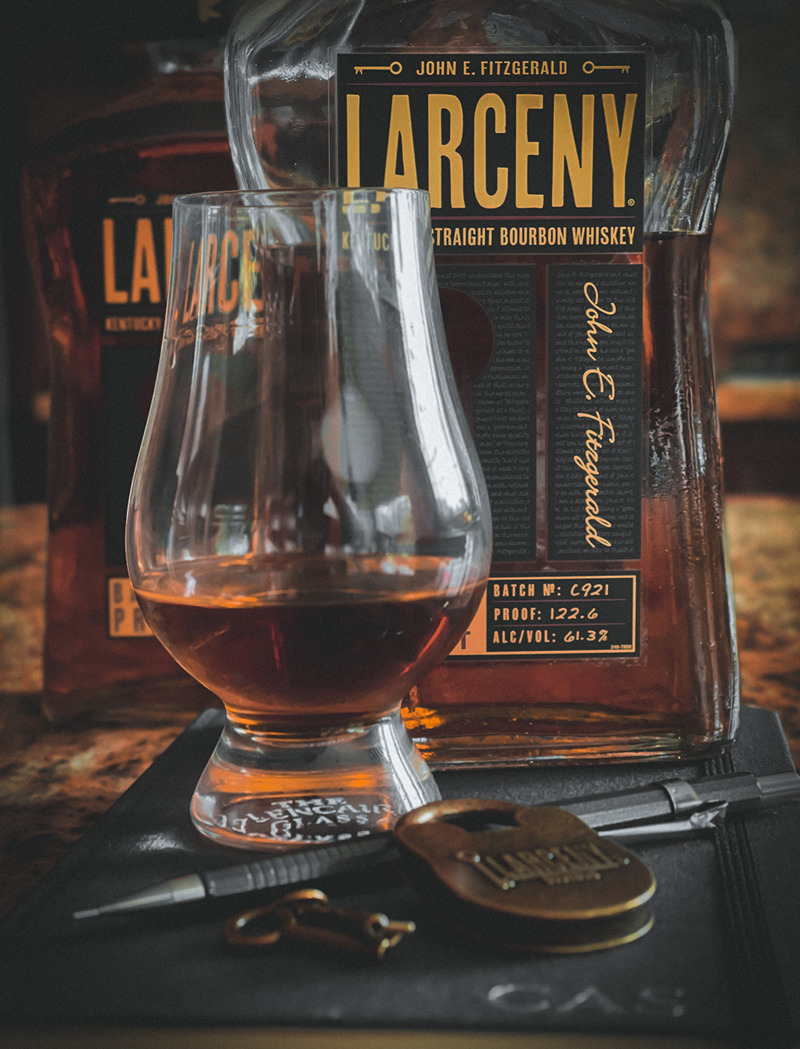 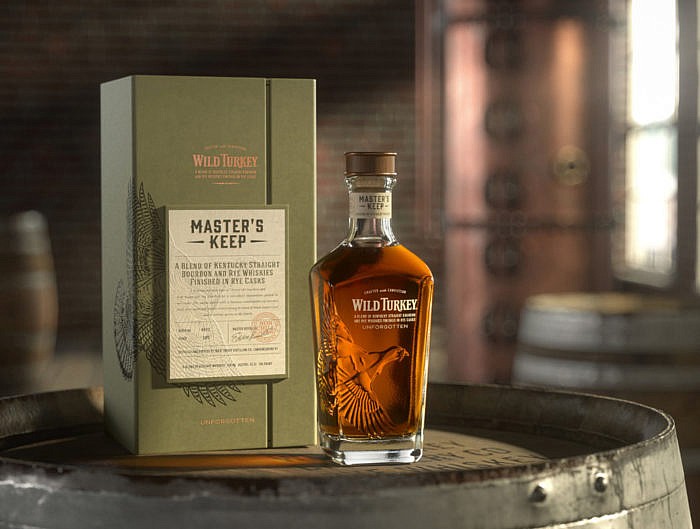 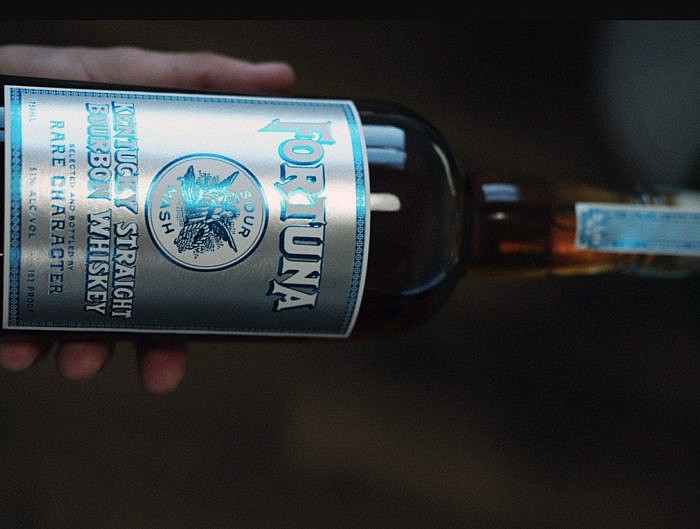 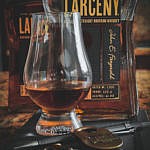