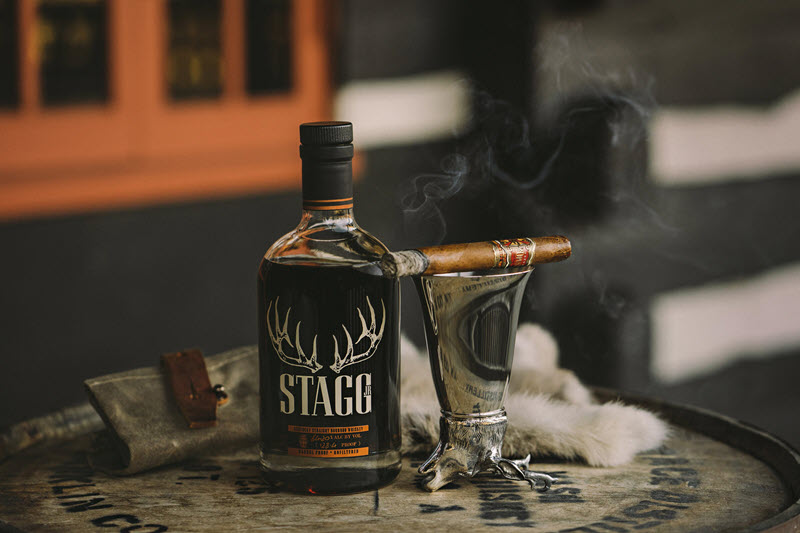 Buffalo Trace Distillery has announced that it is releasing its 13th iteration in its Stagg Jr. franchise, with a proof of 128.4.

This latest offering follows suit for all previous Stagg Jr. releases in that it is uncut, unfiltered, eight years old, and with a taste profile similar to its big brother, George T. Stagg.

Let the hunting begin! The Stagg Jr. line was first launched in 2013, with the distillery releasing two bottlings each year. We’re told we can expect the second release for 2020 in late spring or early summer.

OFFICIAL PRESS RELEASE
Kicking off the new year with a bang, Buffalo Trace Distillery has released the latest iteration in its Stagg Jr. franchise, with a proof of 128.4. The 13th release since the series started, this latest offering follows suit for all previous Stagg Jr. releases in that it is uncut, unfiltered, eight years old, and with a taste profile similar to its elder statesman, George T. Stagg.

Tasting notes describe this barrel proof whiskey as having a nose with loads of dark cherries, followed by honey. On the palate, there are flavors of cream caramel mocha followed by cherries, giving it a full-bodied mouthfeel. The finish is described as a long finish of toasted oak, dark chocolate, and cinnamon.

Stagg Jr. is released twice a year. The 128.4 batch is being released to retailers now.
The next release, number 14, will be late spring/early summer.

Buffalo Trace Distillery is an American family-owned company based in Frankfort, Franklin County, Kentucky. The Distillery’s rich tradition dates back to 1773 and includes such legends as E.H. Taylor, Jr., George T. Stagg, Albert B. Blanton, Orville Schupp, and Elmer T. Lee. Buffalo Trace Distillery is a fully operational Distillery producing bourbon, rye and vodka on site and is a National Historic Landmark as well as is listed on the National Register of Historic Places.

The Distillery has won 35 distillery titles since 2000 from such notable publications as Whisky Magazine, Whisky Advocate Magazine and Wine Enthusiast Magazine. Its Col. E. H. Taylor, Jr. Four Grain Bourbon was named World Whiskey of the Year by “Jim Murray’s Whiskey Bible 2018” and its William Larue Weller and Thomas H. Handy Sazerac were named 2nd and 3rd finest whiskeys in the world, respectively, in the “Jim Murray Whiskey Bible 2020.” Buffalo Trace Distillery has also garnered more than 1,000 awards for its wide range of premium whiskies.