Col. Edmund Haynes Taylor, Jr. left his indelible mark on the bourbon industry as a whole, and nowhere is that more evident than at Buffalo Trace Distillery. In honor of Col. Taylor, Buffalo Trace is releasing a one-time only edition Warehouse C Bourbon in the E.H. Taylor, Jr. lineup, available this spring.

This ten-year-old Bottled in Bond bourbon was aged in Warehouse C, built by Col. Taylor in 1885, and the barrel warehouse he was most proud of – the final piece in his “model distillery.” Taylor highlights Warehouse C twice in the lithograph book he commissioned, and it is the only warehouse in the book to get its own feature.

“We know Col. Taylor had a lot of pride and affection for Warehouse C, as evidenced by his attention for detail, especially on the exterior with the architectural features,” said Master Distiller Harlen Wheatley. “Fortunately, it’s a really good aging warehouse for bourbon too, so not only does the warehouse look good, it produces some of our best whiskies. This year’s release of the Warehouse C bourbon is no exception.”

Warehouse C is a favorite of the Buffalo Trace Distillery team and has become the focal point of tours and advertisements, along with being lovingly featured in many visitor photos. Located directly across from the visitor center, the 136 year old brick and limestone warehouse has withstood floods, blizzards, 100 degree Fahrenheit days and even a tornado!

Originally built before elevators were available, ramps were used inside Warehouse C to manually roll barrels to each floor. With six floors holding a total of 24,000 barrels and each barrel weighing approximately 500 pounds when filled, it must have been quite a task to get barrels into their ricks!

In more modern times, a barrel elevator was installed, and Warehouse C was re-ricked and re-floored to maximize capacity. Since barrel warehouses are built with the barrel ricks as stand alone units not attached to the walls for safety measures in case of a collapse, the re-design of Warehouse C when the elevator was put in allows for good air flow throughout the floors, making for an excellent all around aging warehouse for new and old barrels. 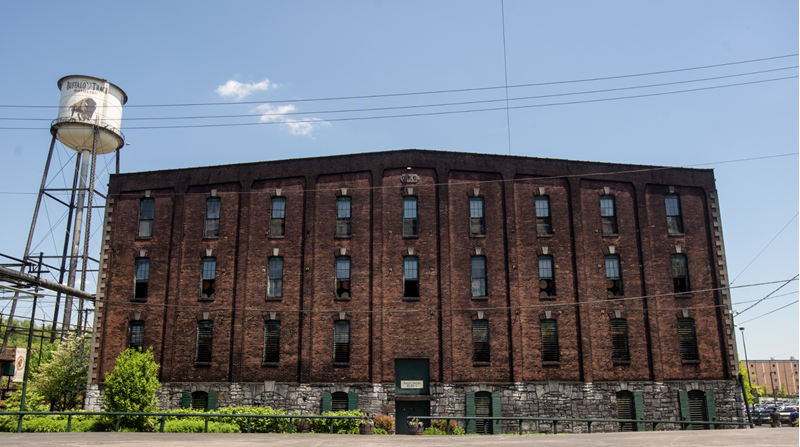 The barrels in the E.H. Taylor Jr. Warehouse C release were all aged for ten years in the center of Warehouse C, with half of them coming from the 2nd floor and the other half from the 5th floor. The second floor is an outstanding aging floor for older barrels. The ricks are very tight, making it slow and difficult to put in new barrels. The floor is very dry, making it ideal for 10 to 15-year-old products. The fifth floor of Warehouse C is a well-rounded aging floor with windows all the way around, providing excellent air flow throughout the floor. There is ample sunlight through these windows which helps heat up the warehouse and the aging process.

The ideal aging locations for these barrels led to a wonderful flavor combination, with a nose of cherry cobbler with rum sauce and a hint of oak; a palate of cherry cola, vanilla bean and toasted oak; and a finish that is long and lingering with a hint of spearmint, coffee, raisin bread and anise. Like some of the previous releases, this one-time-only bottling of E.H. Taylor, Jr. 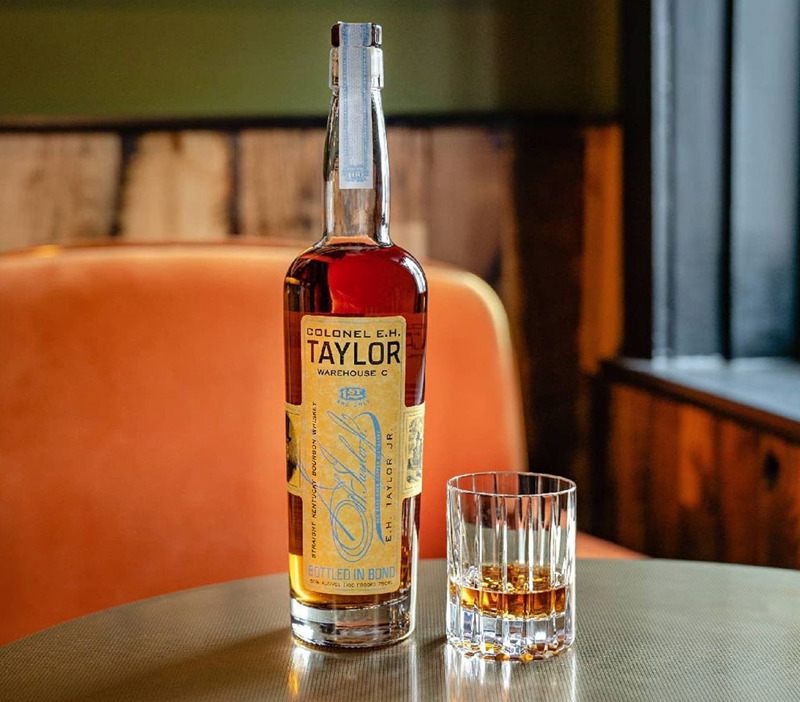 Warehouse C Bourbon is very limited. Also consistent with past releases, this bottle displays a vintage label and is offered inside a distinct canister reminiscent of Taylor’s whiskey package from over one hundred years ago. These six bottle cases will be shipped in an impressive wooden box modeled after the wooden crates used by Taylor to transport goods during the days before Prohibition.

This special bottling of Colonel E.H. Taylor, Jr. Warehouse C Bourbon Whiskey will be available in early June with a suggested retail price is $69.99 per 750ml bottle.

Colonel Edmund Haynes Taylor, Jr. is widely considered one of the founding fathers of the bourbon industry, fighting for the Bottled-in-Bond Act of 1897, nearly three decades after he purchased the distillery that is known today as the Buffalo Trace Distillery. During his time, Taylor implemented several innovative methods still used today by Buffalo Trace, such as climate controlled aging warehouses. In addition to his bourbon interests, Taylor had political ties. His father’s cousin was President Zachary Taylor and E.H. himself was elected the mayor of Frankfort, state representative to the Kentucky General Assembly and a member of the State Senate. 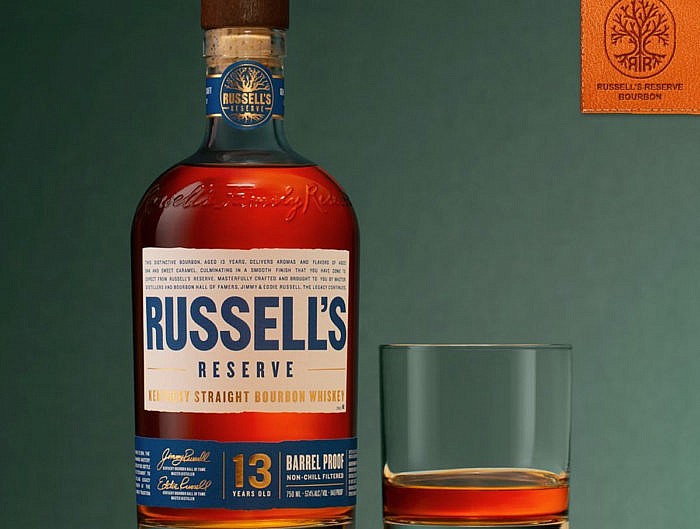 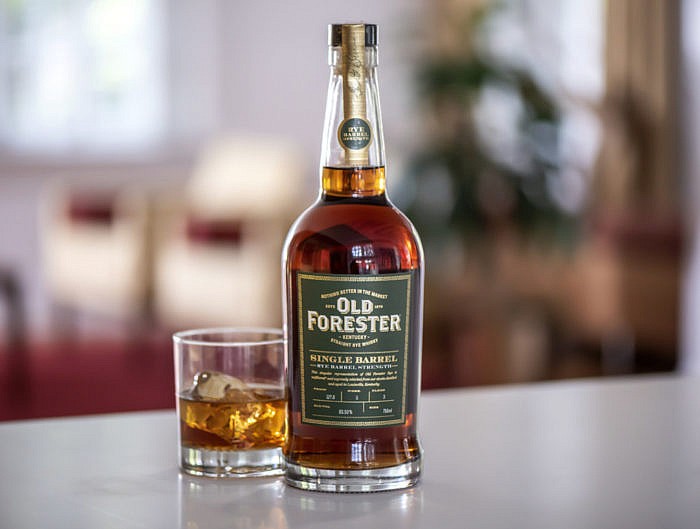 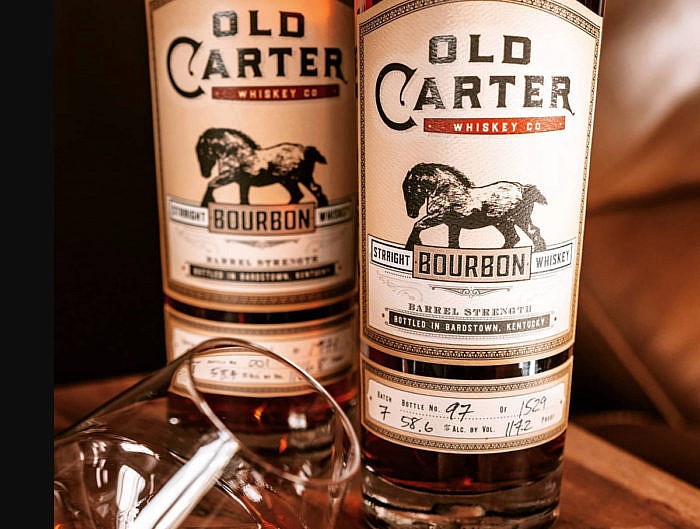