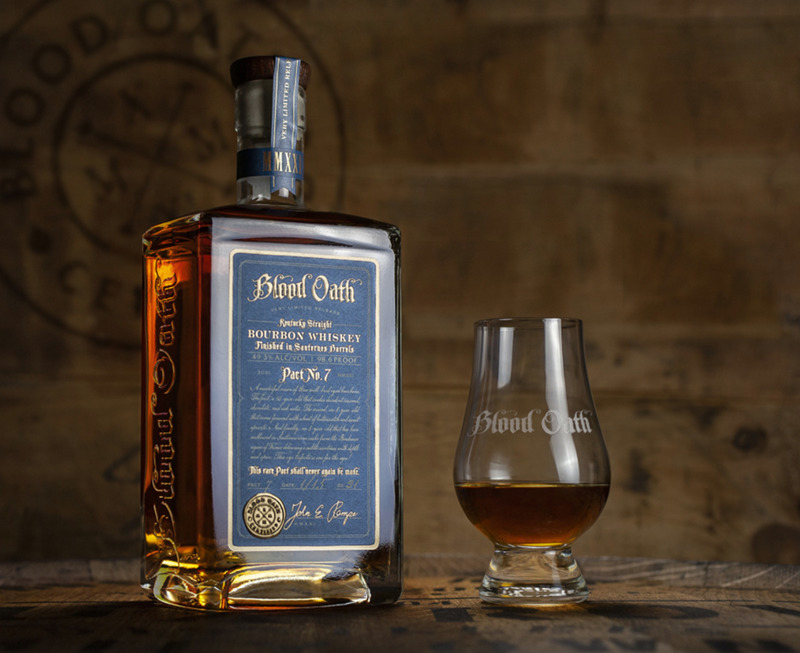 “Finishing in a Sauternes cask brings additional tasting notes and flavor to the bourbon,” said Rempe. “In the case of Pact 7, expect a nose of caramel, oak and spice with flavor notes of apricots, honey and peaches. The balance of sweetness and spice is what sets this bourbon apart.”

The Blood Oath concept was created in 2014 by Rempe, who had an idea to make an exceptional blend of Kentucky straight bourbon whiskey using three unique bourbons. He named the series Blood Oath, because he vows to be the only one who knows where these whiskeys have come from. He also promises to make the best bourbon for the bourbon connoisseur with each Pact.

“Creating an extraordinary and unique blend of Kentucky straight bourbon whiskeys is at the heart of the Blood Oath series,” said Rempe. “Pact 7 continues this tradition, and the result is a secret I can’t wait to share with bourbon lovers.”

The Blood Oath Pact 7 label is similar to its series predecessors, but with the color selection evoking rich French blue hues. Launching this spring, Blood Oath Pact 7 has a total allocation of 51,00 bottles, 1,400 of which will be held for a future Trilogy Pack release. The first Trilogy Pack, featuring Pacts 1, 2 and 3, was released in 2018. The second Trilogy Pack, featuring Pacts 4, 5 and 6, will be released later this year.

About Luxco
Founded in St. Louis in 1958 by the Lux Family, Luxco is a leading producer, supplier, importer and bottler of beverage alcohol products. Our mission is to meet the needs and exceed the expectations of consumers, associates and business partners. Lux Row Distillers brings the family’s legacy to the heart of Bourbon Country in Bardstown, Kentucky and is now the home of Luxco’s bourbon portfolio, including Ezra Brooks, Rebel, Blood Oath, David Nicholson and Daviess County. Luxco has also built a distillery in the highlands of Jalisco, Mexico – Destiladora González Luxco – where the company’s 100 percent agave tequilas, El Mayor and Exotico, are produced. Luxco’s innovative and high-quality brand portfolio also includes Everclear Grain Alcohol, Pearl Vodka, Saint Brendan’s Irish Cream, The Quiet Man Irish Whiskey, and other well-recognized brands. For more information about the company and its brands, visit www.luxco.com 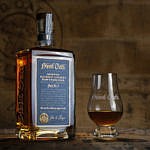